It can be done! Now you can own a drumset which was 100% made in the United States of America! Although there are a lot of American drum companies, most of us use parts sourced from other parts of the world. If you want to learn more about how you can stay all domestic with your drum purchase choices, read on! 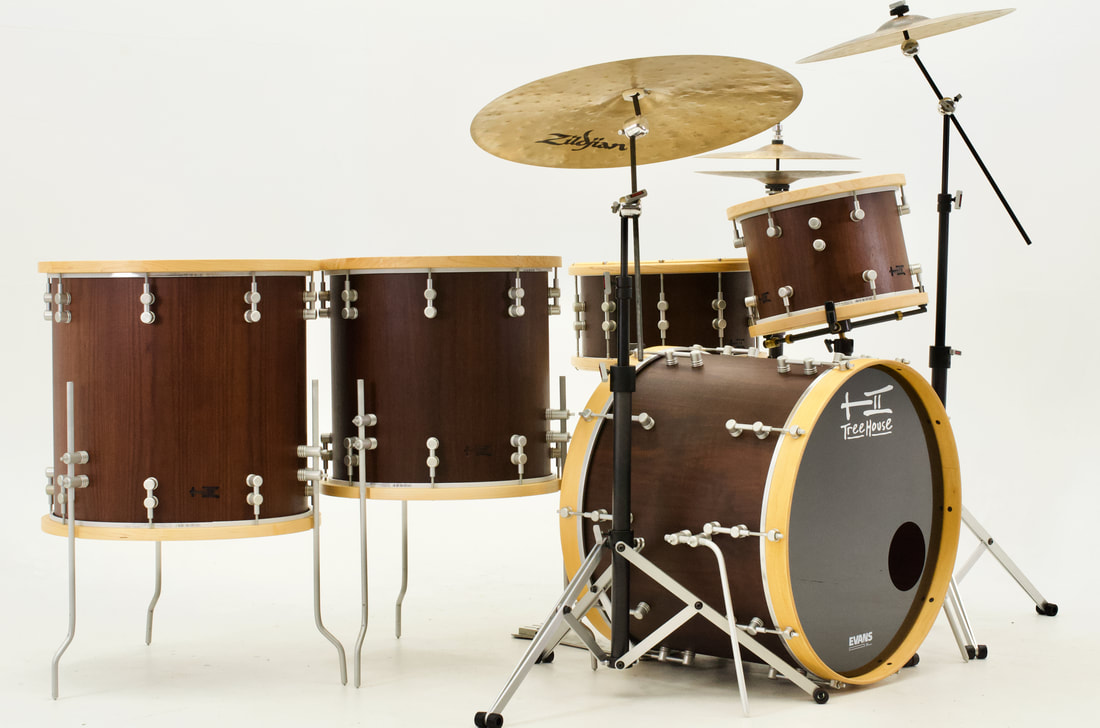 A Little History: The TreeHouse “Made in America” Project

Derek Sharp: In early 2013, I started thinking about how much of the drums I make are “Made in America.” This led me to my working with various machinists to make our own lugs, which use a material called 6061 Aluminum. It really got me a-thinkin’, “What does it mean to be Made in the USA?” I found that the Federal Trade Commission has rules about labeling country of origin on products and even suggested in 1996 that, “it will not be considered a deceptive practice for a marketer to make an unqualified U.S. origin claim if, at the time it makes the claim, the marketer possesses and relies upon competent and reliable evidence that: (1) U.S. manufacturing costs constitute 75% of the manufacturing costs for the product; and (2) the product was last substantially transformed in the United States” be added to the guidelines in the Federal Register. It didn’t pass, but got me to thinking, “That’s it? 75% of what I use being made in America is enough to call it that?” I wasn’t satisfied. I wanted to see if I could produce a 100% Made in the USA product where all the components were verifiably domestically sourced.

After the lug design, I explored more parts besides lugs that could be had from American builders. Strainers, of course all 3 major drum head companies, some shells...there were bits-n- pieces here-n-there, but I couldn’t find anybody around here making triple-flanged hoops or standard tension rods. I put the idea on the backburner with our then-new Compact Nesting Kits coming on board, but I always had this nagging notion that there has to be a way...

In early 2019, I really wanted to put something special together for TreeHouse’s 20th anniversary in 2020 and decided on a special limited-edition batch of drums featuring a special kind of drumshell. This knocked loose that Made in USA notion which floated back to the surface, and I wondered if the two could marry.
​
With the help of a few friends and some strangers, lots of trial and error, and incredible patience from my small staff, I designed a way to make modern drums with everything — that is, all lugs, spurs, floor tom legs, brackets, backing screws, washers, plastic bits, claws, rods, air vents, etc: everything — made in the USA. I didn’t want to say “Everything (except thus-n-such) Made in America!” Now I’m at the point where I can definitively say that I can make a drum where everything that touches the shell is 100% American. As far as what’s next to the drums, I’m not there, that is, I’m just talking about the drums themselves as I don’t produce cymbal stands, tom arms, pedals, etc. There are some American stand and pedal builders out there, but I can’t speak to domestic adjustable tom arm makers. So, my Made in USA idea is in play! I can now offer you drums 100% made in the USA of domestically-sourced components—oh and this new hardware is LIGHT! I don’t exaggerate when I say that I’ve made Standard snare drums that were heavier than a bass drum made with this new light hardware!  Please keep exploring for more details. 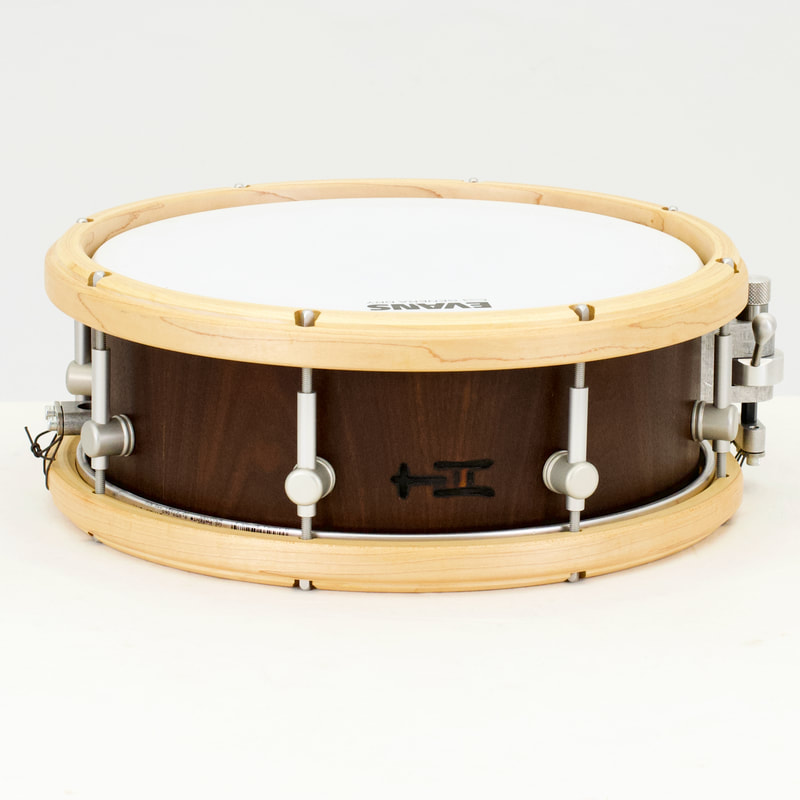 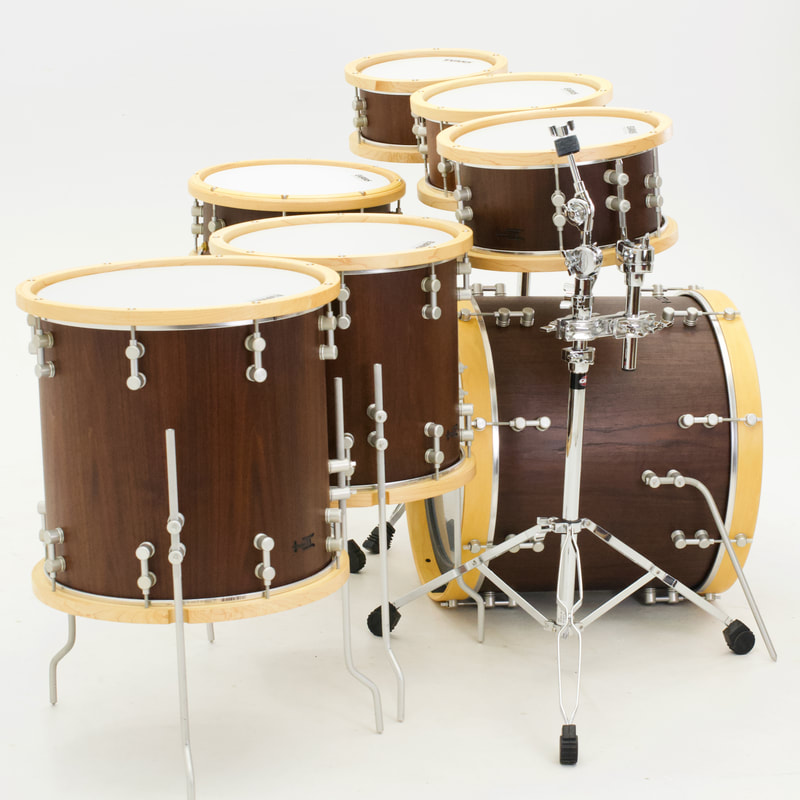 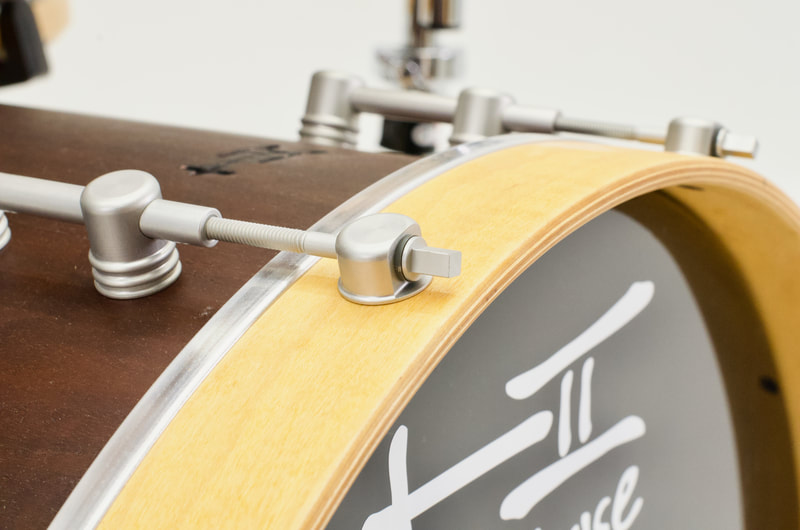 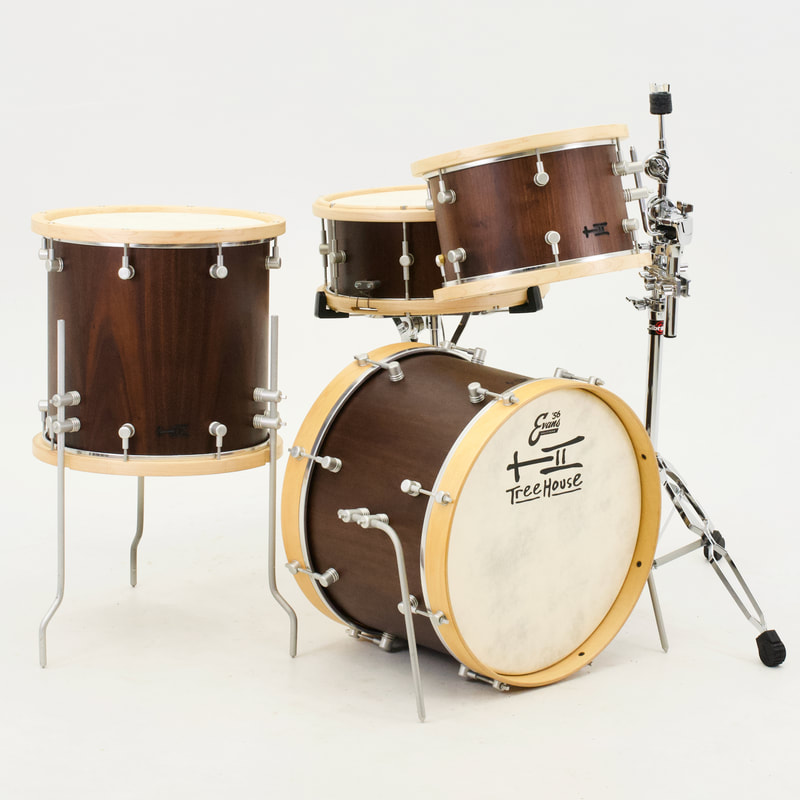 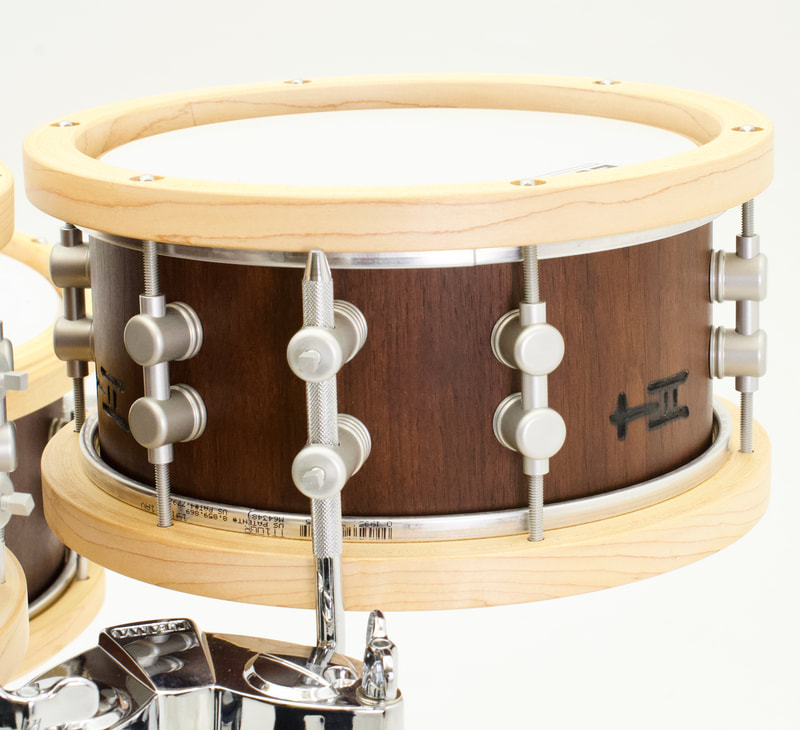 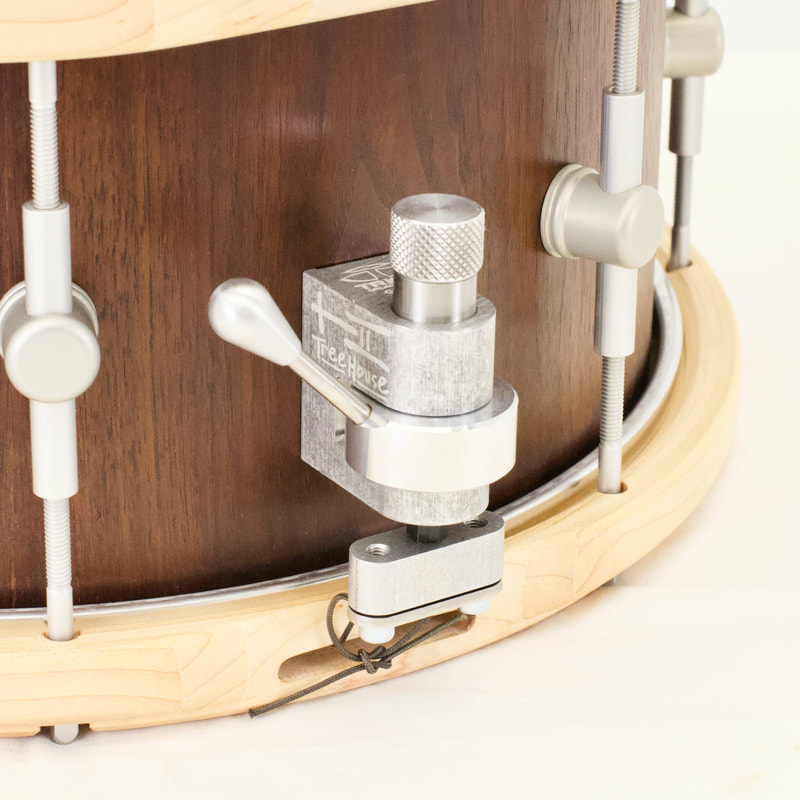